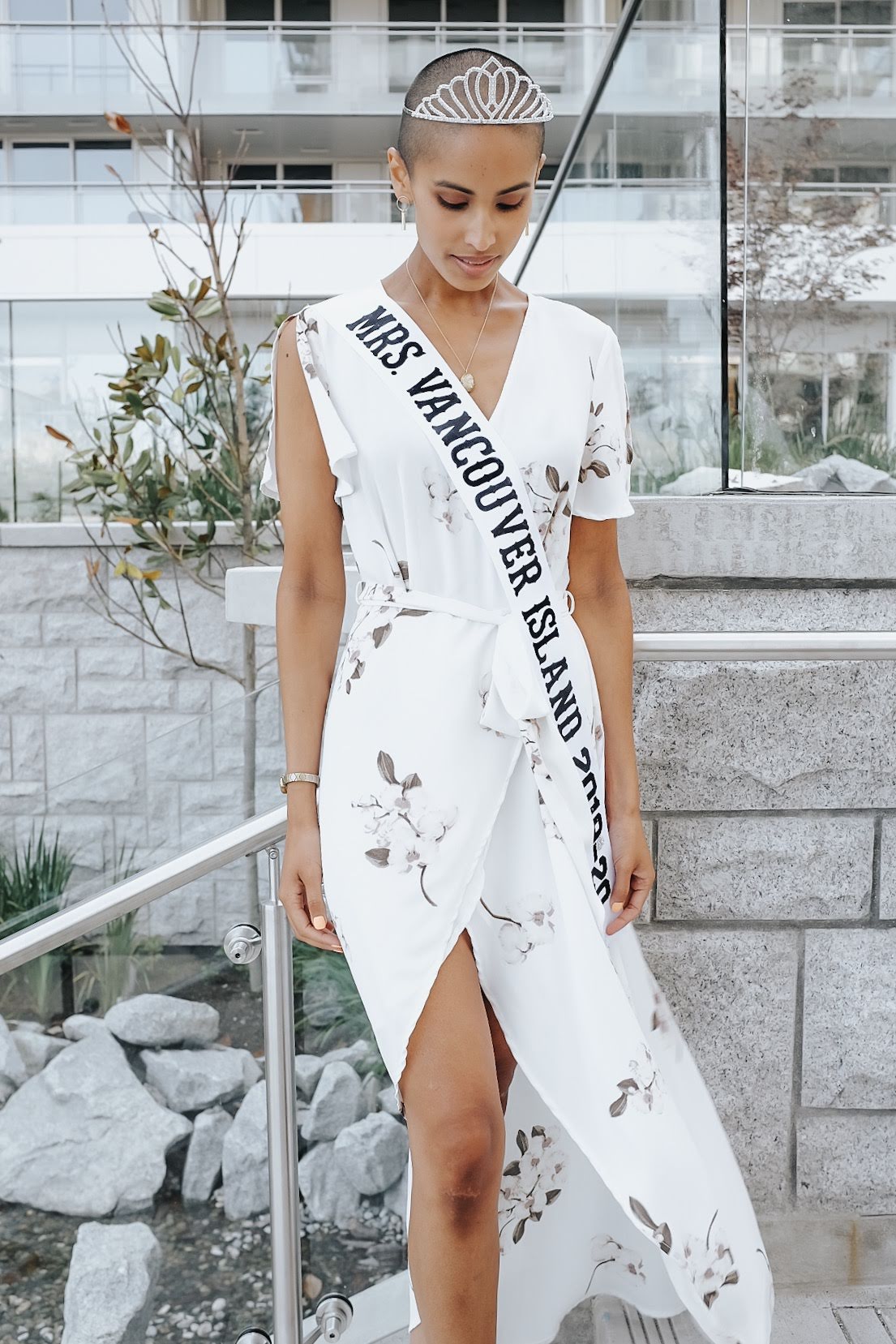 From Bedbound Spoonie To Pageant Queen

They don’t call it a complex chronic disease for nothing. The moment you get struck down by a chronic disease, and in my case, both a chronic & invisible disease, life is nothing but complex. It’s beyond complex. To even attempt to put into words how it completely changes every aspect of you, your life, your relationships, and how you exist in an ableist society is overwhelming and to some extent, impossible. You’ll never fully understand until you’re in the body of someone who is sick with a complex chronic disease.

But that doesn’t mean it’s not important and not worth the effort to give a voice to those of us who live out this reality every single moment of every single day. To try to create awareness that these conditions exist in the hopes that slowly change happens to make the world more accessible and people more conscious, understanding, and compassionate.

I’ve spent the majority of the past 5 years inside the house dealing with my illness, and while my passion for advocacy and awareness in this realm of chronic illness has grown, there’s only so much you can do when you’re mostly housebound and essentially invisible.

So I did a crazy thing. One night, by chance and soon after the new year, I came across the Miss BC Pageant. I had no idea what it was but something compelled me to look into it. I saw that it was a program to empower and support women in their self-development through workshops and seminars, culminating in an on-stage competition.⁣

And I thought…well, perhaps this is an opportunity for me to put myself out there after being hidden away for many years, tackle the return of my social anxiety that’s come back from being housebound, and most importantly, use this as a platform to share my story, foster awareness in the wider community about these chronic and/or invisible illnesses, and maybe be a source of hope and encouragement for those who are sick like me.⁣ Because it's time to make invisible illnesses visible.

So in January of 2019, I applied, interviewed, and was accepted as a candidate into this pageant and on the Canada Day long weekend at the Chief Seapass Theatre in Fort Langley, I was given the honour and responsibility of being the regional titleholder Mrs. Vancouver Island 2019-2021! {update below}

Participating in this pageant and pushing myself to keep going through its three extremely long, jam-packed, and hectic days despite feeling extremely ill and overwhelmed by a flare-up in symptoms was undoubtedly the hardest challenge I've taken on as a spoonie with Central Sensitivity Syndrome (outside of my personal life).

There were times when I thought it would be necessary for me to pull out because the cost to my health felt too great, but then I would think about the hundreds of thousands of spoonies who feel invisible, invalidated, and unheard and it drove me to get up and keep going. I was not prepared to hear my name being called on stage on the night of the finale and I genuinely went into a state of shock when the crown was placed on my head.

The next morning, I woke up still in a state of shock; it all felt too surreal. And then I cried because for the first time since my Big Health Crash at the beginning of 2014, I suddenly realized, "I don't have to play small anymore".

I am so grateful for this opportunity to serve my community in this capacity and will do what I can to use this platform to be a voice for the social justice issues that matter to me and have as much of a positive impact as possible. From a bedbound spoonie to a pageant queen...who would've thought?! Life is crazy sometimes and I'm here for it!

✨⁣⁣Update as of January 2020✨⁣⁣: There's been a bit of a change. Instead of being Mrs. Vancouver Island 2019-2020, I am now Mrs. Vancouver Island 2019-2021. We, the titleholders, have just been informed that the Miss BC Pageant will no longer be taking place in 2020 in preparation for greater changes to be implemented in 2021. I see this as a blessing from the Universe. An incredible gift to serve for yet another year until June 2021 when I will be elated to pass this crown and duty on to another Mrs. Vancouver Island. How can I feel anything other than deep gratitude for a change that will give me space to breathe and pace as a spoonie pageant queen? Maybe things actually do happen for a reason. 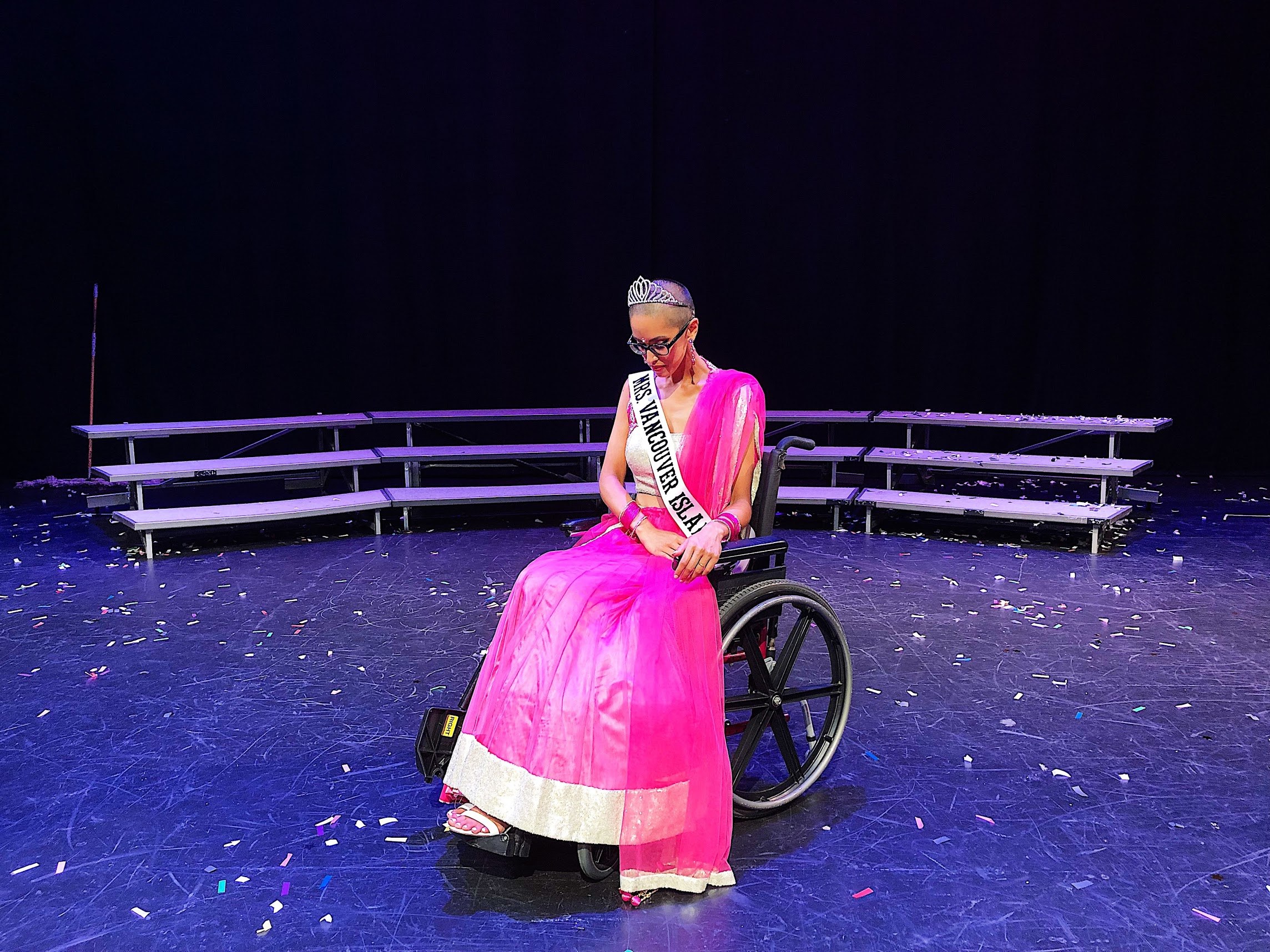