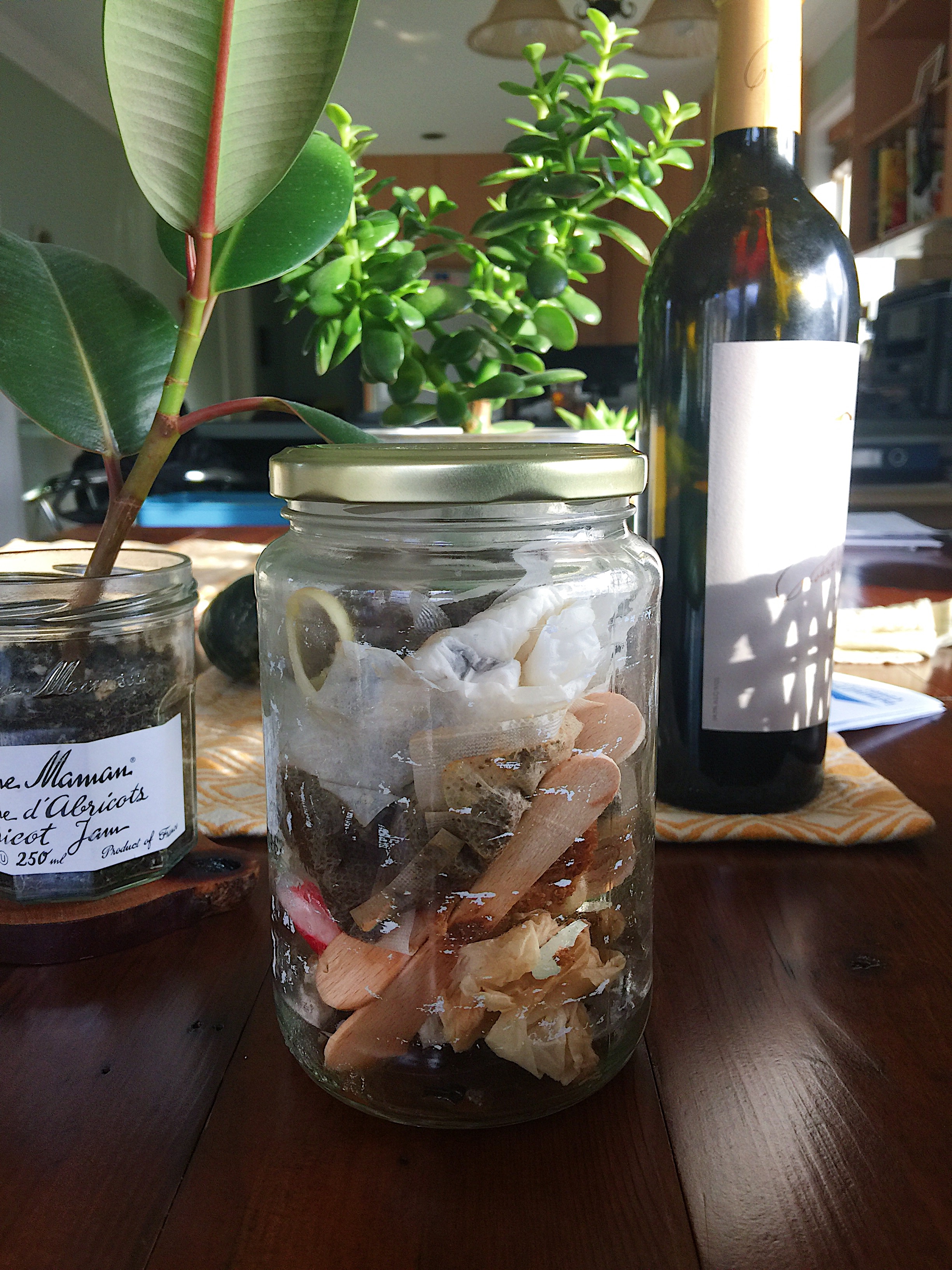 A developing passion of mine is learning how to move towards a zero-waste lifestyle. Being eco-conscious is extremely important to me and althought I have a long way to go, I'm proud of the changes I've been able to make so far since moving to Port Alberni.

It makes a huge difference when you're not living in someone else's home but are fully in control of your own living space. For the first time in many years, I finally have my own home and that's afforded me the opportunity to make changes that feel right for me and my conscience. With my time here, I'm gradually implementing changes to reduce my overall garbage production and reduce how much I recycle by increasing how much I re-use the materials I would've once tossed thoughtlessly into the recycling bin.

I know that zero-waste isn't completely possible for most people; producing zero waste seems like an unttainable target, but I'm not someone who gets caught up on the name. To me, aspiring towards a zero-waste lifestyle means that I am placing importance on and choosing to prioritize the goal of reducing waste as much as possible. It means becoming increasingly conscious of the decisions I make so that I'm promoting a more sustainable way of living that aims to reduce my burden on the planet.

One area where I've made great strides is with my household garbage. I grew up in a home, just like many others, where garbage was thrown into plastic bags that lined the wastebaskets, and then when capacity was reached, the plastic garbage bags would be tied up and put into the outdoor garbage bin for pick-up. It didn't even occur to me that the plastic bag was uneccessary.

In my new home, cultivating mindfulness around my impact on the environment led me to re-evaluate how I was handling my kitchen garbage. I started off using a medium-sized wastebasket lined with a plastic bag to collect garbage and then switched to using a small countertop compost container lined with a smaller plastic bag once I got a sense of how much garbage I was producing (it's my first time living on my own so I needed time to live here and observe).

That still didn't feel good enough though. I was still sending a plastic bag to the landfill and throwing more away than I probably needed to. That's when I got this idea of placing a glass jar (it originally contained store-bought pasta sauce that I decided to keep rather than recycle once the sauce had been used) on my kitchen counter and using that as my garbage receptical.

So far, I'm loving this newest system and here's why:

This picture was taken in November after my first week of using the glass jar system. Unlike a traditional garbage bin/plastic bag, the contents of this glass jar were fully visible to me so I was able to evaluate what I'd thrown away before the final step of putting it into the outdoor bin. I realized that I could reduce the garbage output even more by moving the wooden popsicle sticks and tea bags to my compost. This particular jar had more garbage than normal too because this coincided with me going through my Christmas ornaments and needing to throw out old candycanes that had melted.

Since then, on average, I tend to fill this jar only about 1/4 of the way during the course of one week! This accounts for all the garbage I generate in my house except for in the bathroom so I'm pretty thrilled about that. The bathroom is still an area that I need to improve on.

I'm a lot more mindful of what I throw away and I'm glad I'm on this trajectory towards reducing waste. I realize using a small glass jar as a garbage bin just isn't feasible for some households, especially if you have a family with young children, but if you live on your own, I highly recommend you give this a try.

Don't forget, it's all about progress, not perfection! Chasing perfection is unrealistic and discouraging. It makes more sense to find areas where you can make small changes that cumulatively help move you towards living a more eco-conscious, zero-waste life.