Learning To Be In A Relationship Is About Progress Not Perfection 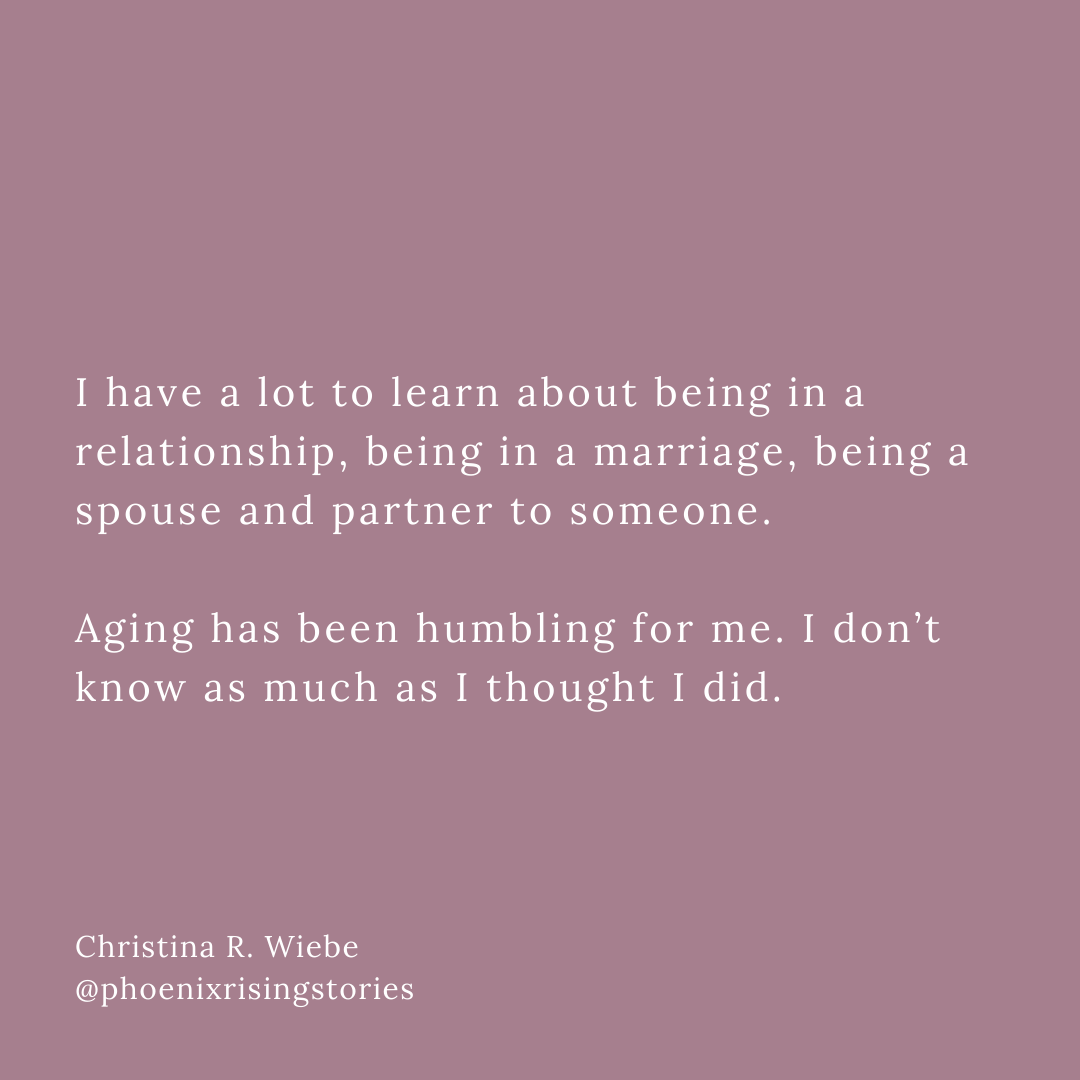 It had been a challenging weekend. A weekend of a different kind of suffering. ⁣ ⁣

My husband and I are 123km away from each other and over this May long weekend, we’ve been kept in suspense about the result of a decision that would have made a significant difference to our lives. An hour ago, he received the news and it wasn’t the outcome we were desperately hoping for. ⁣ ⁣

This weekend, I had to watch him go into a dark place of mental agony. On Sunday, he went MIA on me - no responding to texts, no answering phone calls, no sightings of him by my parents because they’re in the same house. It caused the intense fear, concern, and panic I felt during last autumn and winter to resurface when he was in a life-threatening mental state. ⁣ ⁣

I won’t go into all the details of this weekend since journaling about it took up five pages in my notebook last night but this is what this weekend taught me:⁣ ⁣

✨ I have a lot to learn about being in a relationship, being in a marriage, being a spouse and partner to someone. Aging has been humbling for me. I don’t know as much as I thought I did. I realize that I grew up in the absence of positive modelling about how two people can effectively and harmoniously work together, communicate with one another, fight and resolve conflict constructively, and support one another through suffering and grief. ⁣ ⁣

✨ Pause. Don’t be so trigger-happy with texting every thought and emotion as they come to me and hitting “send” on rapid fire, especially if I am operating from a place of fear because in me, that often manifests as anger.

⁣ ✨ Maybe it’s okay to give your spouse a free pass, a get-out-of-jail-free card, and let their failings slide in some situations. And also remember that we are humans who are guaranteed to make mistakes. There should be breathing room for us to make these mistakes.

I’ve been focused on asserting my boundaries for the first time in my life and being vocal about how I think I deserve or don’t deserve to be treated but I’ve learned that there multiple variables to take into consideration when a boundary has been crossed. This weekend was an exception to the norm and he was suffering far worse in solitude than he communicated. Would it be so terrible to extend him grace, not push a lecture on him, still acknowledge for myself that I didn’t like the treatment I was getting, but let it slide this time anyway? Because it had nothing to do with me and everything to do with him being in such a dark place with blinders on. Moving forward, when enough time has past, I can ask for a conversation in which we figure out how to better handle situations like this so we mitigate some of the collateral damage. ⁣ ⁣

✨ I cannot choose to self-sacrifice and put my schedule on hold for him and then feel upset when I don’t get any appreciation, acknowledgement, or apologies. If I choose to do something out of love and concern for him (or anyone else) without him asking for it, then that’s on me and I must do it without any expectations or sense of entitlement (ie. feeling entitled to an apology for an incident in which my time was disrespected). ⁣ ⁣

✨ In this situation where he is the one that is suffering, it’s not about how I want to help or support him, it’s about what he wants and needs. As much as it’s in my nature to want to be with him, talk to him, and console him, I have to learn to ask “What do you need from me? What does meaningful support look like to you right now?” Because to do it how I want to, even if those actions seem selfless and caring, would be about fulfilling my needs. I need to show up for him in a way that he feels is best for him, so when he tells me that he doesn’t want to talk about and doesn’t want me to console him, I need to learn to back off and respect his needs. ⁣ ⁣

And through this all, I just need to keep reminding myself:⁣ ⁣