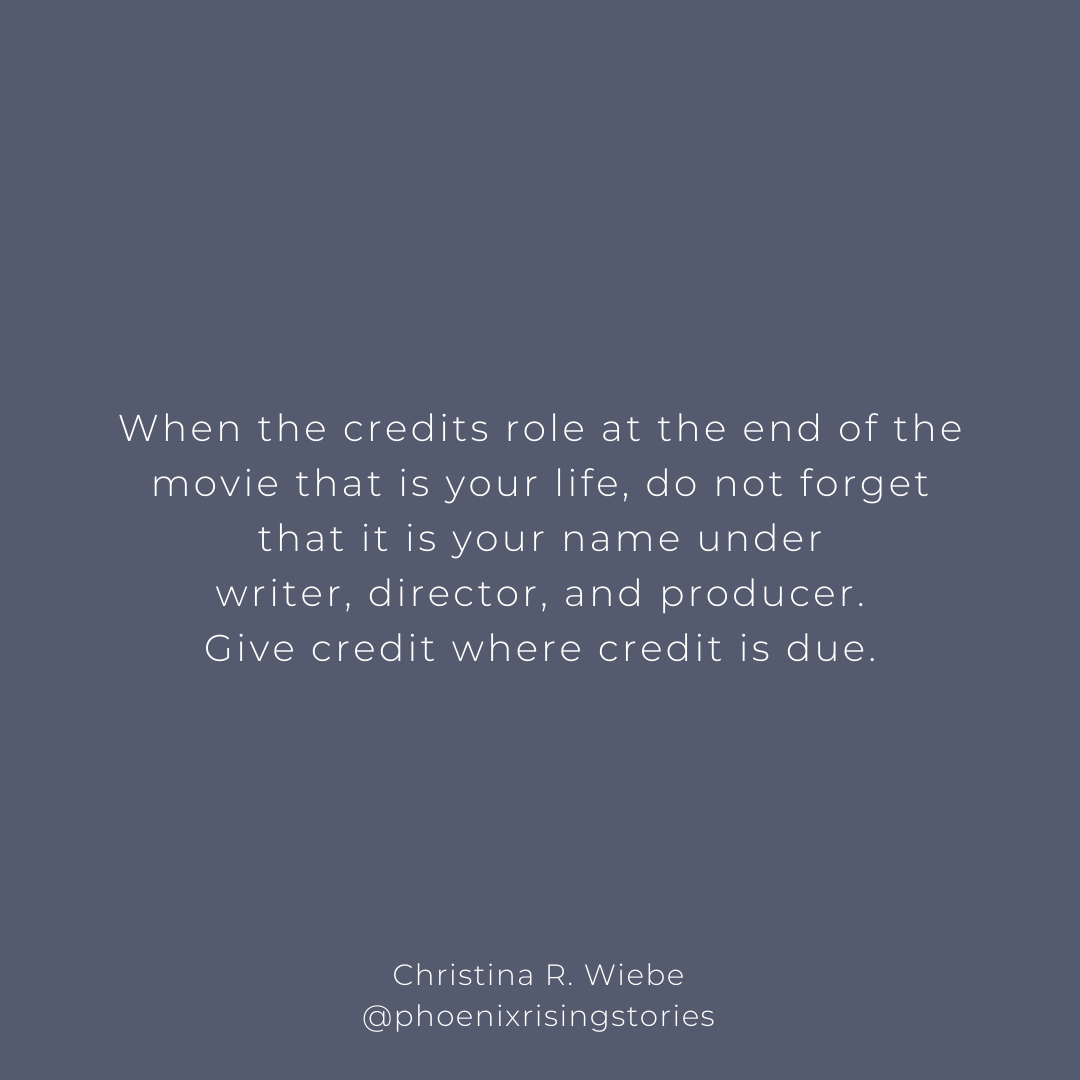 Are you good at giving yourself credit and acknowledging the things you have done or achieved that you would typically celebrate in one of your friends? I am not. ⁣

⁣ I don’t know where this programming came from but from a young age, I seemed to have taken the virtue of being humble, blew right past it, and landed in the realm of self-deprecation where I never acknowledged anything good about myself and would deflect words of praise from others. Why did I do this? How does a young child become this way from the get go? ⁣ ⁣

I can see the disservice I did to myself over my lifetime. I gave myself no love, no praise, no encouragement, no appreciation. Is it surprising that my body withered up from years of neglect and what I would now deem as self-inflicted abuse?⁣ ⁣

It was past midnight when I emerged from the @zenfloatco tent I have in my new healing home and turned on the shower. My bathroom was dark save for the dim glow of a single night light. I showered in the shadows. ⁣ ⁣

There was one moment when I stood up from the shower bench, turned around to face the shower head, pressed one palm against the wall behind the shower head, and dipped my head into the spraying water. Suddenly, I was acutely aware of how alone I was. No one in the house but me, no family or friends anywhere close, all of them at least 100km away on the mainland, and it hit me. ⁣ ⁣

Shit! This thing I did - this packing up of the only life I knew and moving away from everything and everyone I’ve ever known to a town that I had never been to before on an island. When I was so sick, so dependent, so vulnerable. All done because, despite the fear and trepidation and uncertainty and the voices of the naysayers, I was finally listening to those whispers from within. The ones full of knowing. The ones telling me that I had to leave in order to give myself any true chance of healing and making a comeback from this chronic disease.

“That took courage”. Another whisper from within as the hot water pelted down on my scalp. And that’s when it really hit me. YES. Fuck yes. I had been courageous. I am courageous. It took a lot of courage to make this move and I did it, despite everything stacked up against me. It was a bizarre experience; this acknowledging something good about myself felt so unfamiliar, foreign, strange. ⁣ ⁣

But it also felt good. It felt empowering. It felt like something in me was beginning to unfurl. ⁣ ⁣

When I got into bed and closed my eyes, I had one last realization before sleep took me and so I grabbed my phone and quickly wrote it down. I understood more deeply then that I am the architect of my life and that those who create deserve credit and so I penned these words to serve as a reminder for myself from that day moving forward:⁣

⁣ “When the credits role at the end of the movie that is your life, do not forget that it is your name under writer, director, and producer. Give credit where credit is due.”⁣ ⁣

Especially when it comes to yourself.